The Leader as Chief Truth Officer: The Ethical Responsibility of “Managing the Truth” in Organizations 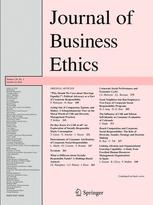 Abstract : Our aim is to analyze the position of the leader in relation to the ethical dimension of truth-telling within the organization under his/her control. Based on Michel Foucault’s study of truth-telling, we demonstrate that the role of the leader toward the corporation and the imperative of organizational performance place the leader in an ambiguous position: he/she is obliged to take the lead in “telling the truth” internally and externally, but also to bear the consequences of this “truth-telling” for the organization and for himself/herself. In this process of construction and implementing the truth, the leader is organizer and figurehead of the corporation’s truth-telling practices: determining the frontiers between truth that can be said and that which should remain hidden, both inside and outside the corporation; establishing a dialogue based on truth (i.e., an authentic, sincere relationship with all partners); guaranteeing that the rules of truth-telling are respected; and offering a truth which is compatible with the firm’s economic and ethical interest. Invested with the authority—the office—of managing truth within the corporation, the leader can be considered to be the “Chief Truth Officer.” From this perspective, we demonstrate that this role requires specific skills, like courage and practical wisdom.